Human civilisation operates within an interconnected ecological framework. This framework includes agriculture centred on animals and plants. Given the challenge of providing sufficient nutrition to an increasing global population, it is important to ask why we feed animals to feed human society. The inherently energetically inefficient conversion of feed to usable products is unique to animal agriculture. Plant based diets are revolutionizing many folds.

Now we need to think about whether the intake of foods dependent on animals can be measured on the scale of nutrition vs. emission?

Can animal and plant foods have similar efficiencies?

All animals and humans follow the laws of thermodynamics. Energy is wasted and not stored in tissues that are converted to heat by metabolic processes. The acceptability of such inadequacies depends on the services used and the performance of the resulting goods in this conversion. Livestock, in particular ruminants, eat large quantities of grain, biofuel and fibre by-products that are not edible by humans. And make use of grazing lands and pastures that are not suitable for the cultivation of crops for human consumption. Animal and plant diets may have comparable efficiencies as applied on a human-edible nutrient input to human-edible nutrient production basis.

Animals and the agricultural systems:

Animals offer more than meals. In adhesives, ceramics, cosmetics, fertilizers, germicides, glue, textiles, upholstery, photographic films, ointments, and other products use animal-derived products. In light of these additional inputs, the evaluation of agricultural systems must consider that livestock and crops have a larger effect than greenhouse gases. Assessing the most drastic solution, an agricultural systemfocused entirely on plants, will highlight the benefits and detriments of our system's animal agriculture.

How Animal-based Foods are more Resource-Intensive than Plant Based Foods?

The Dietary Guidelines Advisory Committee claimeddiets focused on plants will improve wellness and achieve long-term sustainability. The idea that abolition of animal farming will give societal benefits with limited and reasonable deleterious consequences is the conclusion of such studies. Finding the consequences of livestock is complicated. It is made worse due to sophisticated assumptions need to be made to illustrate improvements in the processes of food production. The situation in which the fewest hypotheses are required is the abolition of animal farming, which also reduces the possible effect of other intermediate steps like partial livestock removal, reduced red meat consumption etc.

Emission by Vegetarians, Vegans and Meat-eaters:

An Oxford University study, journal Climatic Change, reveals that the amount of dietary greenhouse gas emanated by meat-eaters is almost double that of vegetarians. And nearly 2.5 times that of vegans per day. The investigators found that people eating more than 3.5 ounces of meat a day — emit 15.8 pounds of carbon dioxide (CO2) equivalent per day. Whereas vegetarians and vegans have a liability of 8.4 pounds and 6.4 pounds of CO2e respectively. The study found a 50-54% higher level of dietary emissions of greenhouse gases in animal food than vegetarians with a 99-to-102% higher level than vegans.

Overall, the study showed that animal-based food processing results in higher greenhouse gas emissions than vegan food production. The same hypothesis has been drawn by many other scientists worldwide. Scientists have suggested the lowest carbon footprint among vegans, containing 41.7% less greenhouse gas volumes than meat eaters.

Do ‘Plant Based’ Meat and Dairy Alternatives Have a Lower Climate Impact?

The increasing demand for animal products is expected to affect the environment unwantedly. More prevalent processing, mostly situated near urban centres, can, for example, contribute to a variety of environmental and health threats. (WHO) 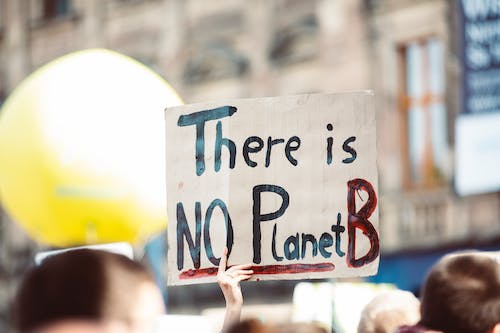 Historically, the effects have been limited to more regional overgrazing,desertification and wastewater contamination concerns. These issues have been compensated by the acceptance of livestock's cultural value. There are added tangible advantages of livestock in agriculture like manures. Livestock production in developed countries offers not only food but also a host of non-food benefits, including jobs, work, and many other rural and social development contributions.

Methane from cattle, 25%, carbon dioxide (CO2) from land use and modifications (32%) and Nitrous oxide (N2O) from manure and slurry are the major sources and forms of GHG (31%). In India, livestock makes up 78% of the gross agricultural methane emissions and 50% of total emissions. India has 185 livestock/1000 inhabitants per capita.

During the feed fermentation in the stomach, methane is released. This leads to a loss of energy of 5-15 per centthat impacts livestock productivity. The waste of Rs 2 crore of animal feed per day in India is also registered. In India, it is impractical to use production enhancers such as antibiotics and halogenated compounds. Yet substitutes may be performed to maximize productivity and minimize methane emissions by means of blended and other nutrient-rich, regional diets.

Is Growing Demand for Animal Protein the Only Reason for Huge Emissions?

Demand of animal proteinfor the increasing world population is increasing exponentially. The livestock sector has been under rising pressure to satisfy the rising demand for animal protein. The livestock sector in the world is rising at an incredible pace. The motor behind this massive rise is a combination of population growth, increased wages and economic development.

A strong positive association between the revenue leveland the use of animal proteins is expected to rise from meat intake, milk and eggs on the cost of staple foods. The annual meat demand is expected to increase from 218 million tons (1997 to 1999) to 376 million tons by the year 2030. As prices have fallen steadily, developing countries consume much more meal than the developed countries have about 20 or 30 years ago at much lower levels in the gross domestic product. Plant basedprotein has been the conventional sources and in recent times have undergone beneficial revolutionary changes.

How Urbanisation Played an Important Role in Elevating Emissions?

Urbanisation is an important catalyst for global livestock demand.Urbanisation facilitatesinfrastructure upgrades, including cold chains that allow trade in peregrinated commodities. City dwellers have a diverse diet rich in animal proteins and fats and are characterized by elevated beef, fish, milk and other dairy products.

If worldwide trends in meat and milksupplementation prevail, our prospects to remain below the 2° Celsius level will still be incredibly small. That's why immediate and drastic decreases in the intake of meat and milk are necessary to avert catastrophic climate change alongside.